There is little more than half of the month left for the European transfer market to close and there are still many players who do not have a team and could reach many clubs in Europe for free. Do you know the best? MORE INFORMATION HERE.

It’s a matter of hours. Matías Vargas will leave Espanyol to embark on a new adventure in Chinese football. As La Grada anticipates, ‘Monito’ is finalizing his signing for Shanghai Port, with whom he has an agreement for two and a half seasons and where he will coincide with another ex, Wu Lei. MORE INFORMATION HERE.

Samuel Umtiti’s departure is taken for granted. Both Barça and the center-back know that their professional relationship can be considered over, although it will not be until the last moment when the definitive separation takes place. The two parties continue to work intensely, but the forecasts do not go through an immediate solution. There is still no clear destination, as MD has learned. MORE INFORMATION HERE.

Erik ten Hag hasn’t taken a month to get fed up with Cristiano Ronaldo’s situation and, while at first he had vetoed the Portuguese star’s departure, now it seems that he would be open to letting him go. MORE INFORMATION HERE.

18:07MADRID, THE REASON FOR DARWIN AND HAALAND

The signings of Haaland for City and Darwin Núñez for Liverpool are Real Madrid’s ‘fault’. That is what Robbie Fowler assures in his column for the Daily Mirror newspaper, given that he is very clear that the defeats of both teams against Real Madrid in the Champions League caused these signings. MORE INFORMATION HERE.

17:31THE CITY WILL NOT MAKE SALES FOR BERNARDO

Bernardo Silva is leaving evidence of wanting to leave Manchester City, however the information that comes from England says that the position of the English club with respect to Bernardo Silva does not close the door on his departure but not for less than the price he thinks it is worth: 100 million euros. The Athletic stressed that there is no will to make discounts. MORE INFORMATION HERE.

Although Chelsea’s offer is very juicy, Aubameyang is insisting to Barça and his representatives that his intention is to continue at Barça, assuming his role as substitute for Lewandowski. The English media ‘Mirror’ ensures that the player himself would have told Thomas Tuchel that he is not in the business of a change of scenery. MORE INFORMATION HERE.

Espanyol continues to work in the offices to reinforce the squad. One of Diego Martínez’s demands is to have a new winger and the club is sounding the market to satisfy his request. In this sense, the name of Luis Rioja would be on the perica agenda, as La Grada points out. MORE INFORMATION HERE.

Marco Asensio has become a problem for Real Madrid, but the solution may come from an old acquaintance of Real Madrid. This is Mourinho. And it is that according to the journalist Ekrem Konour, the Roma of the Portuguese coach could think about signing Marco Asensio in the event that Zaniolo leaves the Roman team. MORE INFORMATION HERE.

Diego López faces a new stage at Rayo Vallecano. After six seasons defending Espanyol’s goal, the 40-year-old veteran goalkeeper changed his mind this summer, a circumstance that he admits surprised him. “It was unexpected, really. I expected to continue for another year after my performance,” he said in As. MORE INFORMATION HERE.

Napoli wants to give the final blow to this transfer market and has three important arrivals on track to reinforce Luciano Spalletti’s squad. According to Il Corriere dello Sport, the Italian team is very close to closing the signings of Keylor Navas, Tanguy Ndombele and Giacomo Raspadori. MORE INFORMATION HERE.

14:26ÁLEX COLLADO TRAVELS WITH ELCHE TO SEVILLEThe new player of
Elche Alex Collado He has traveled this Monday with the team from Elche to Seville for the game he has to play tonight at the Benito Villamarín stadium against Real Betis. The midfielder, who arrives at the club on loan for a season, already trained this Sunday afternoon with his new teammates, although his hiring has not been made official until this Monday.

14:00KLOPP ALSO SHOOTS BARÇAJürgen Klopp, manager of Liverpool, joins the declaration campaign against FC Barcelona for his ability to invest in the transfer market. In an interview on Kicker, the German coach expressed his disappointment: “If you tell me I don’t have money, I don’t spend anything anymore. I’m looking at this as a football fan, I don’t understand it. The only club I know that once Borussia Dortmund sold the stadium and other rights in advance. Aki Watzke had to come at the last second and save everything. And I don’t know if there is an Aki Watzke in Barcelona,” argued Klopp.

13:41MANU GARCÍA REINFORCES MIRANDÉS
El Mirandes and Manu Garcia have reached an agreement for the incorporation of the experienced midfielder from Alava to the ranks of the red team for this season in
LaLiga Smartbank As reported by the jabato club in a statement, he is a defensive midfielder with extensive experience in professional football who stands out for his commitment, hierarchy, experience and forcefulness in containment work.

13:06LO CELSO IS ALREADY TRAINING WITH VILLARREALArgentine midfielder
Gio Lo Celso He completed his first training session with Villarreal this Monday after the announcement this Sunday of his signing for the Castellón club in a session in which the club’s president, Fernando Roig, was present. More information here

12:33OFFICIAL: COLLADO, LOANED TO ELCHEThe
FC Barcelona has made the transfer agreement official with Elche for Alex Collado until June 30, 2023. The club assures that there is no purchase option, although it does not specify the existence of the renewal for one more season. More information here

12:00JUVE EXPECTS MEMPHIS TO RESCINATE HIS CONTRACT
memphis depay he would already be living his last hours and days as a FC Barcelona player. Seeing that he has no travel in the
Barca, the Dutch striker has reached a verbal agreement with Juventus in Turin for the next two seasons and, according to Italy, for a clean amount of 5-6 million for each of them. The Juventine club is now only waiting for Barça to make it official that it is giving him the letter of freedom. More information here

11:28CONFIRMED THE SERIOUS INJURY OF DIEGO CARLOSThe worst news has been confirmed for
diego charlesfootballer who this summer signed the
Aston-Villa coming from Sevilla and who had to retire due to an injury in this weekend’s game against Everton. AND
he brawny Brazilian centre-back has a torn Achilles tendon
More information here

11:00THE REASON WHY NEYMAR IS ANNOYED WITH MBAPPÉ
Al Khelaifi advanced in June that PSG needed to change and adopt a more austere character. In other words, not be controlled by a locker room with so many stars. A subliminal message pointing to
Neymar, which for a few weeks discussed his possible departure in the summer. Reluctant to leave, the Brazilian was particularly annoyed that he was
Mbappe who tried to force that movement after signing his renewal until 2025. More information here

10:30BERNARDO SILVA FORCES THE MACHINE
Bernard Silvaa 28-year-old midfielder who is the target of
FC Barcelona in the current transfer market, he became an unexpected protagonist after the 4-0 that the
Manchester City he endorsed on Saturday the
Bournemouth, in match of the second day of the Premier League. The Portuguese, who was a substitute, ended up coming on in the 65th minute for
Ilkay Gundogan and, once the game was over, he made a gesture that has had a great impact. More information here

10:00OFFER FROM CHELSEA TO THE PEARL OF EVERTONAccording to the newspaper ‘The Sun’, Chelsea have made a strong bid for Anthony Gordon, the young Everton winger. The English club would have presented an offer of up to 50 million euros for the 21-year-old player.

09:40LUCY BRONZE, BARÇA’S GREAT SIGNING: “I HATE LOSING”It is the signing of the summer in women’s football.
Lucy Bronze has been incorporated into
FC Barcelona after winning their first European Championship for England. Concentrated in the Vall d,en Bas completing the pre-season stage under the orders of
Jonathan Giraldez, the left-back who was chosen The Best by FIFA in 2020 assured the Barca club’s media that “when Barça calls you the answer will always be yes”. Among her qualities, one stood out: “I am very competitive, I hate losing.” More information here

09:20MANCHESTER UNITED WANTS RDT
Raúl de Tomás continues to dominate the perica news in terms of perico market is concerned. There are fifteen days left for the transfer market to close and the future of the killer remains the great unknown. in the last hours
a new suitor of RDT I would have jumped on stage. According to COPE’s ‘Time of Play’,
Raúl de Tomás would interest Manchester United, although he would not be the only candidate they would have on their agenda. More information here

The four economic levers activated by the board of directors of the
FC Barcelona They continue to be a matter of debate, also in the Barça environment itself. The last to join was the former candidate
Victor Fontwho took advantage of a question on social networks launched by @nacho on the road to expose everything he would have done differently regarding the president’s management
Joan Laporta.

08:45ANCELOTTI: “ASENSIO? WE ARE GOING TO WAIT FOR HIS DECISION”Mario Ancelotti, coach of Real Madrid, left the continuity of Marco Asensio up in the air, whom he left on the bench and without minutes for the second consecutive game. “He is a Madrid player and I consider him as such. If he deserves to play, he will play. You have to remember the goals he scored and what he did last season. You have to wait until the 31st to find out what happens and what he decides,” Ancelotti slipped. More information here

08:15THE TRANSFER OF BARTRA FREES 7.5 MILLIONThe
Real Betis has made official the transfer of
Mark Bartra to the Turkish Trabzonspor at the stroke of midnight this Sunday, with a concise statement in which he thanked “effusively the services provided by the Catalan center-back”. More information here 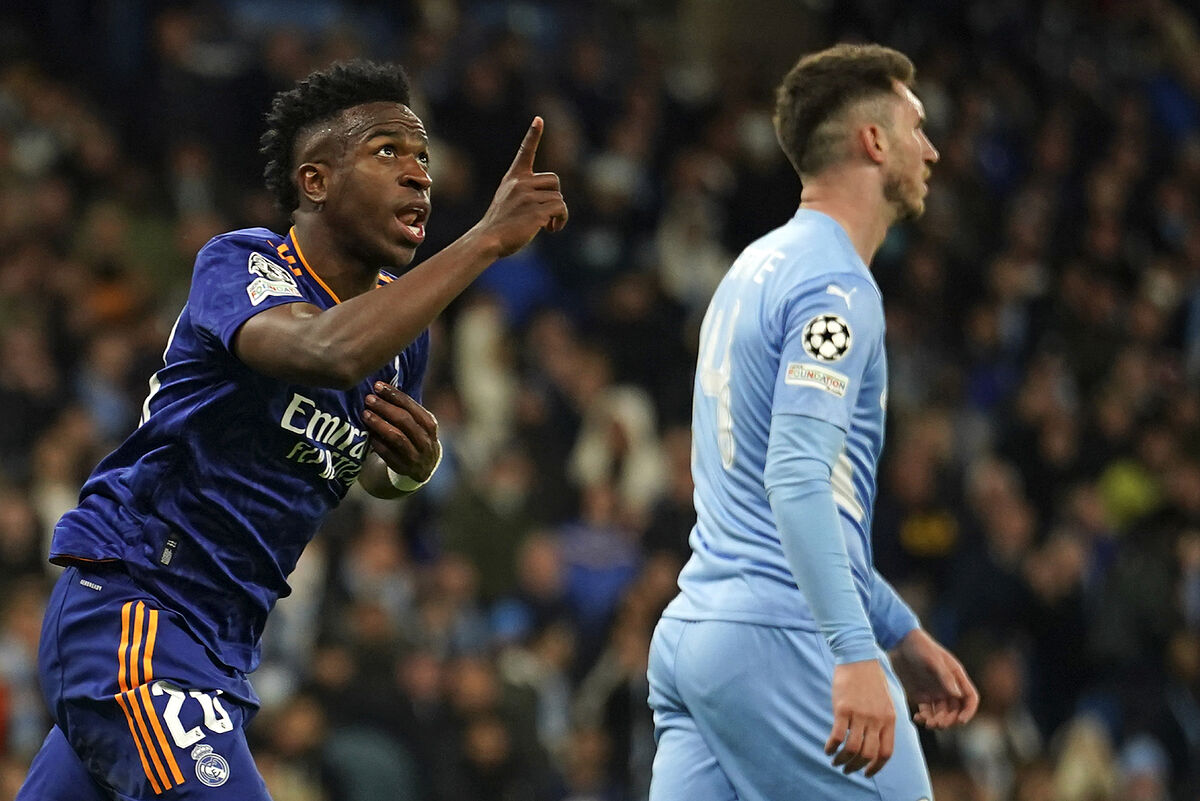 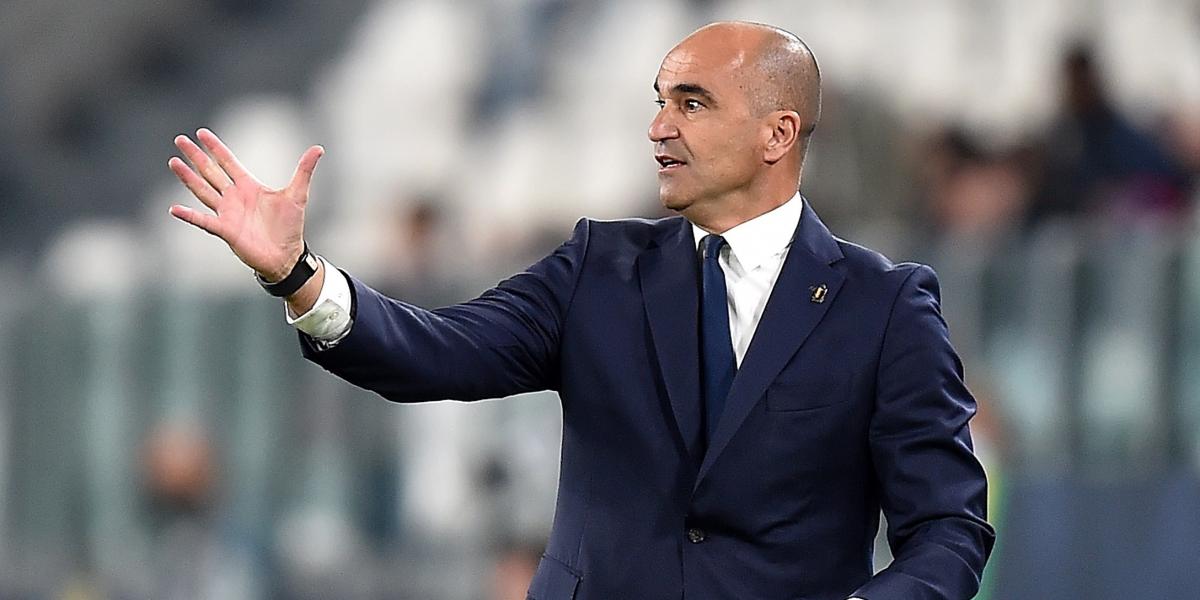 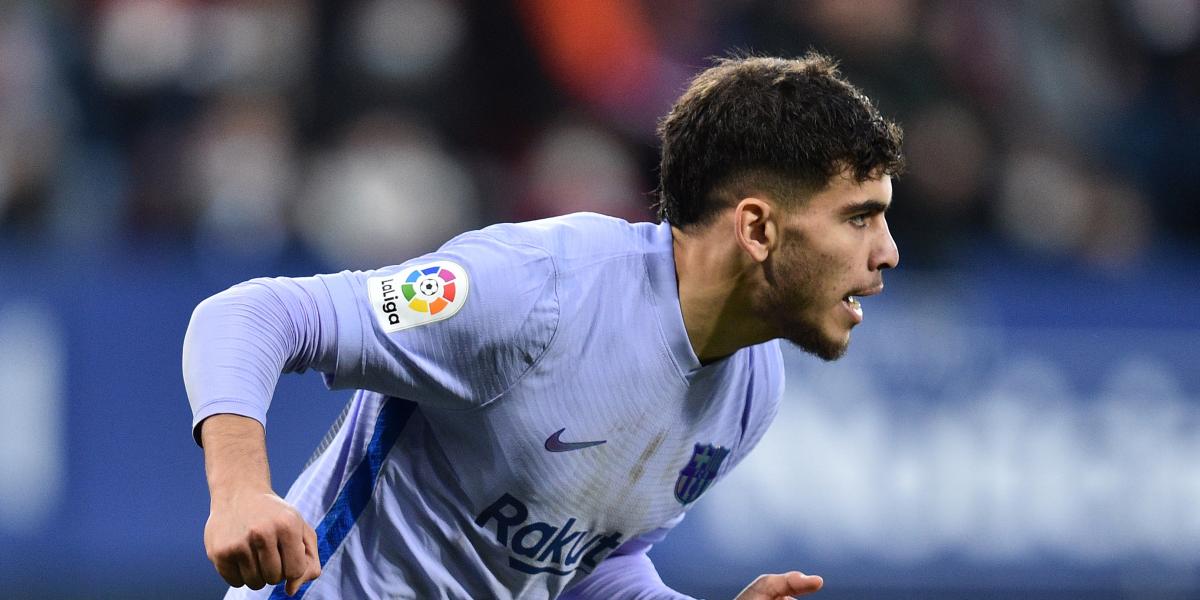 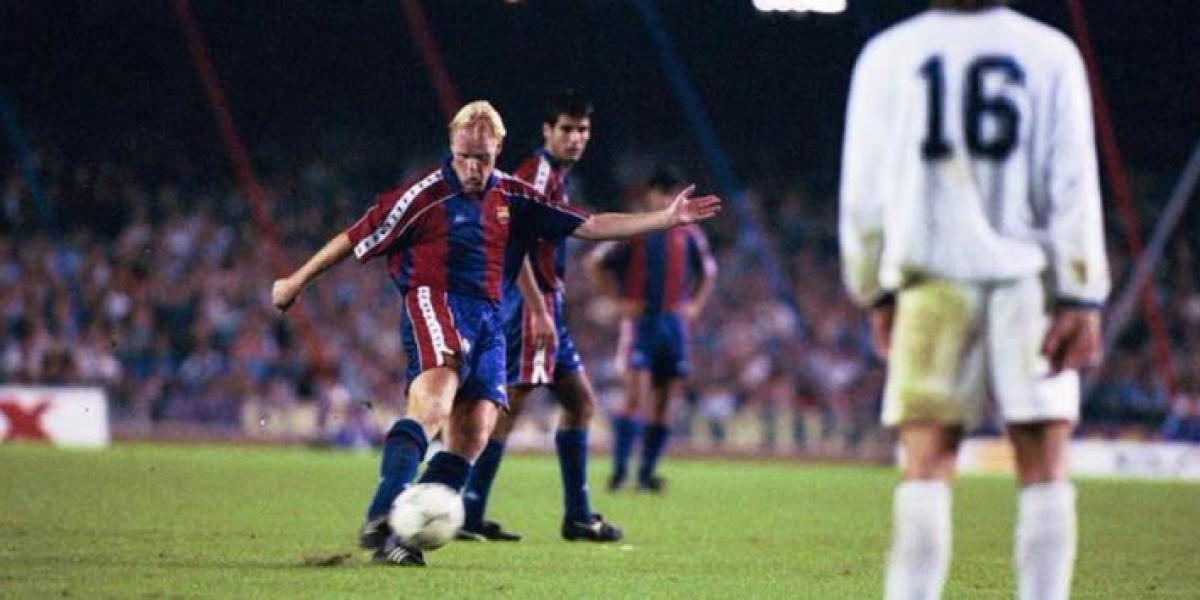 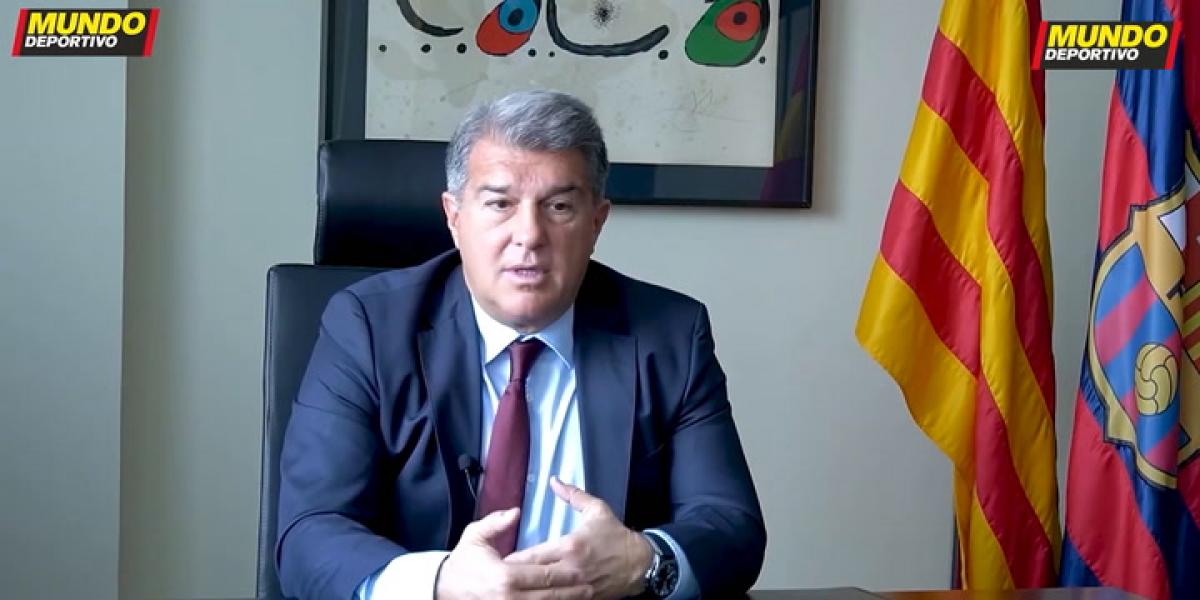